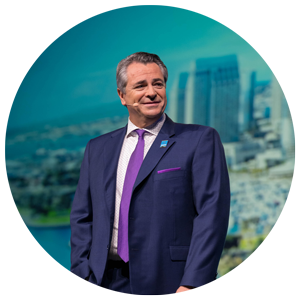 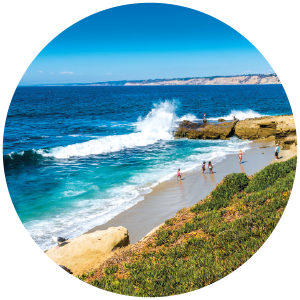 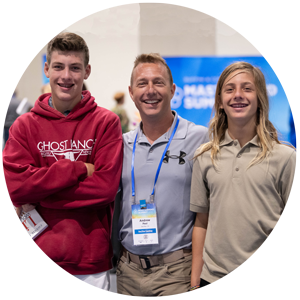 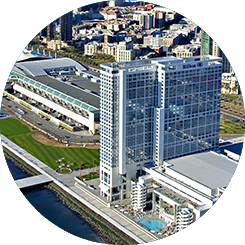 “Every year there's at least one takeaway to implement that can make a real difference in your life. The best investment one can make is in oneself so attending MasterMind is a no brainer!”

“Mastermind is always on point with what I need in my life. The people who attend are committed to not only self-improvement but to serve their customers with the best skills possible while creating the best lives for themselves and family. The guest speakers bring new points of view through their stories and tips for success whether in business or in general life. Brian and staff are committed to making each and every one of us grow with kindness, support and encouragement. I can't wait until next year!”

“MasterMind is my annual recharge/refresh/renew and it's become a must-attend event for both my business and myself for many years.”

“The time spent at MasterMind would benefit ANYONE. The content is educational, uplifting, inspirational and current. I always enjoy the time and wish it was longer!”

“The content was incredible! The speakers were all top notch and the takeaways were extensive. I am excited to implement this with my team and invite them to join me next year.”

“It is always a joy to learn from Brian—I'd go just to hear him.In addition to his outstanding teaching, the guest speakers were phenomenal as well. The pace of the conference was well thought through as well. Each of the speakers had something to share that was both helpful and meaningful to me.”

“Brian Buffini ups his game every year and also keeps everything current. His speakers are phenomenal and the content is very inspiring.”

Ben Nemtin is the #1 New York Times bestselling author of What Do You Want to Do Before You Die? and a star of MTV’s highest rated show ever on iTunes and Amazon called The Buried Life. As the co- founder of The Buried Life movement, Ben’s message of radical possibility has been featured on The Today Show, The Oprah Winfrey Show, CNN, FOX, and NBC News. President Obama called Ben and The Buried Life “inspiration for a new generation” and Oprah declared their mission “truly inspiring.” An acclaimed keynote speaker, Ben has headlined business conferences and Fortune 100 leadership teams around the world, garnering standing ovations from AIG, Anthem, Amazon, FedEx, Harvard, Microsoft, Verizon, and more. Ben is recognized as one of the World’s Best Motivational Speakers as well as World’s Top Organizational Culture Thought Leaders by Global Gurus (2019, 2020).

In his first year of university, Ben was unexpectedly hit with a depression that forced him to drop out. In an attempt to feel more alive, he created the world’s greatest bucket list with his three best friends. They borrowed a rickety old RV and crisscrossed North America, achieving the unthinkable. And most importantly, every time they accomplished a dream, they helped a complete stranger cross something off their bucket list. From playing basketball with President Obama to having a beer with Prince Harry, from reuniting a father and son after seventeen years to surprising a young girl with a much-needed bionic arm—Ben’s bucket list quest has inspired millions to thrive personally and professionally.

A testament to the strength of the human spirit, Charles Plumb endured the most extreme hardship and used the experience to transform his life in a profound way.

As a farm kid from a small town in Kansas, Captain Plumb fantasized about airplanes; he never dreamed that he might, one day, have the opportunity to pilot one. It would be the United States Navy that afforded Plumb the opportunity to live out that dream.

Captain Charles Plumb graduated from the Naval Academy at Annapolis, Maryland in 1964. In November 1965, Plumb earned his Navy Wings, becoming a United States Naval Aviator. From this, Plumb reported to Miaramar Naval Air Station in San Diego. There, he made his mark helping to develop the Navy Fighter Weapons School, more commonly known today as “TOP GUN.”

His next appointment was to the Aircraft Carrier Kitty Hawk where he was assigned one of the Navy’s hottest jets, the F-4 Phantom. Captain Plumb flew 74 successful combat missions over North Vietnam and made well over 100 carrier landings. On his 75th mission, just five days before the end of his tour, Plumb was shot down over Hanoi, taken prisoner, starved, tortured repeatedly, and survived the next 2,103 days as a Prisoner of War, until he was released on February 18, 1973.

During his nearly six years of captivity, Charlie Plumb distinguished himself among his fellow prisoners as a professional in underground communications, and served for two of those years as the Chaplain in his camp.

Since his return home, more than 5,000 audiences in nearly every industry have been spellbound as Captain Charlie Plumb draws parallels between his P.O.W. experience and the challenges of everyday life. He has shared his message to an even wider public through appearances on Good Morning America, Anderson Cooper 360, MSNBC with Thomas Roberts, “The Seventies” with Wolf Blitzer, CNN New Day with Chris Cuomo, Yahoo! News with Bianna Golodryga, and The NewsHour with Jim Lehrer.

One of the most sought-after achievement speakers of his time, Charlie Plumb’s presentations are as he is, sincere, straightforward, humorous, and tailored to motivate each specific audience he encounters. His insights on how to cope with the difficulties as well as the opportunities in life have a positive impact on those who hear his message, those who read his books, and those who come to know him as a friend.

Bob Beaudine is president and CEO of Eastman & Beaudine, one of the top executive search firms in the nation working with Fortune 500 companies, entertainment entities, sports organizations, Olympic bodies, universities, non-profits and more. Named by Sports Illustrated as the “Most Influential Man in Sports You’ve Never Heard of,” Bob has staffed leadership at major organizations like the NBA, MLB, NFL, NHL and the U.S. Olympics, as well as university departments and non-profits.

He is a bestselling author known for his books “The Power of WHO!” and “2 Chairs” focusing on goal-getting and spirituality. He has spoken at conferences around the world, and has appeared on The Today Show, Fox Business Network, Canada’s Business News Network and other programs.

Bob and his wife, Cheryl, have been married over three decades and have three grown daughters and three grandchildren.