Notice: We were hopeful to host The Peak Experience, September 27 to 30, 2020, but based on local mandates and CDC regulations, we have cancelled the 2020 event. See full details on this change.

Reach New Levels of Success in 2021

Gain a clear vision of the life & business you want at this three-day, elite business conference where the best of the best in real estate join Brian Buffini and special guests for a unique journey of personal and professional growth. 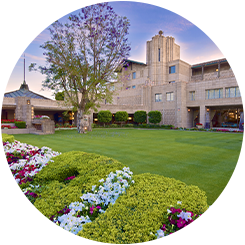 "Peak Experience has become my favorite event; not just content that challenges us, but the environment created by the folks who continue the journey of self improvement."

"I just finished my first Peak Experience and it was the most incredible and awe inspiring event I have ever attended. You stripped me to the core and molded me into a better person."

"What an awesome Peak this is, I loved, loved, loved, loved every session! No one puts on a Peak event like you — one so meaningful, impactful, helpful and yet challenging me to be better!"

"I've been to 10 MasterMinds and finally got into Peak...Once you come to Peak, you will not stop coming!"

"I feel very lucky to be here with all the elite professionals and to be able to learn from them. It's easy to fit in whether it's your first year or you've been going for many years."

×
Buffini & Company takes the safety of our clients and staff seriously. Based on the recommendations issued by the CDC, we have cancelled our Master Class events in Northern Virginia and Northern California. We have also postponed The Peak Experience. In the short term, we’re looking at various broadcasts, podcasts and messages to provide additional live updates and serve you in your business. Watch your inbox for details coming soon. We will continue to provide updates from Buffini & Company as we monitor the situation with novel coronavirus (COVID-19).

Thank you for your interest in The Peak Experience!

Please submit this form only once. It holds a spot for you and your guest(s) on the Waiting List.

Joining Buffini & Company in 1999 as the Senior Vice President of Business Development, Dermot was responsible for developing new markets and corporate partnerships, as well as the company’s overall growth plan. He quickly became known as a passionate leader and prominent business strategist. Dermot assumed the CEO role in 2013 and under his leadership provides a significant impact in the lives of more than six million people from 164 countries through the company’s events, podcast, training and coaching programs.

Originally from Dublin, Ireland, Dermot immigrated to San Diego, California, in 1999. He can be heard every month on America’s fastest growing business podcast, The Brian Buffini Show exploring the mindset, motivation and methodologies of success.

After graduating from Harvard Business School, Neil Pasricha spent a decade as Director of Leadership at Walmart, the world’s largest company. While there he wrote the 50-million-hit, award-winning blog 1000 Awesome Things and the New York Times bestsellers The Book of Awesome and The Happiness Equation which have been on international bestseller lists for over 200 weeks and sold over a million copies.

Neil’s research and books on happiness, mindset, and human potential have received attention from Harvard Business Review, The New Yorker, The Sunday Times,CNN, and BBC.

Internationally Acclaimed Expert on Creativity and Innovation and Author, Finding Your Element, The Element and Out of Our Minds

An internationally recognized authority in creativity and innovation in education and business, Sir Ken Robinson is also one of the world’s leading speakers. Videos of his famous talks to the prestigious TED Conference are the most viewed in the history of the organization and have been seen by an estimated 300 million people in over 150 countries.

Sir Ken works with governments in Europe, Asia and the US, international agencies, Fortune 500 companies and leading cultural organizations. He led a national commission on creativity, education and the economy for the UK Government, was the central figure in developing a strategy for creative and economic development as part of the Peace Process in Northern Ireland, and was one of four international advisors to the Singapore Government for a strategy to become the creative hub of SE Asia.

Called “one of the world’s elite thinkers on creativity and innovation” by Fast Company magazine, Sir Ken has received numerous awards and recognitions for his groundbreaking contributions. He was included in Thinkers50 list of the world’s leading business thinkers and has been named one of TIME/Fortune/CNN’s Principal Voices. In 2003, he received a knighthood from Queen Elizabeth II for services to the arts. His 2009 book, The Element: How Finding Your Passion Changes Everything, is a New York Times best seller and has been translated into 21 languages. A 10th anniversary edition of his classic work on creativity and innovation, Out of Our Minds: Learning to be Creative, was published in 2011. Finding Your Element: How to Discover Your Talents and Passions and Transform Your Life, was published by Viking in May 2013 and is also a New York Times best seller. His latest book, Creative Schools: The Grassroots Revolution That’s Transforming Education (Viking, 2015), written with Robinson’s trademark wit and engaging style, includes groundbreaking research and tackles the critical issue of how to transform the nation’s troubled educational system.